Since 1915, 65 American submarines have gone missing, in all representing more than 4,000 lost officers and crew members. Eternal Reefs and our partners Reef Innovations and The Reef Ball Foundation set out to honor these lost boats with a proper memorial in the environment in which they served – the sea. The On Eternal Patrol Memorial Reef is a group of 67 reef balls, each weighing approximately 3,800 pounds, one for each of the 65 missing submarines marked with a plaque indicating the name of boat, best known last location and loss of life. An additional two reef balls honor the USSVI (United States Submarine Veterans, Inc., important partners with us for this project) and all others in the submarine service lost in non-sinking incidents. The reef balls all face west and are organized in rows and columns, following protocol at Arlington National Cemetery.

As of Veterans Day 2019 when we held an underwater ribbon cutting, the On Eternal Patrol Memorial Reef is now complete. Here is a brief summary of key dates; read on for full descriptions of them all.

Video of the November 8, 2019, ribbon cutting can be seen here and clearly shows so much life and environment-saving marine growth in the short two- or five-months since each reef memorial was placed on the bottom. The fish clearly love hanging out in their new playground!

Here are a few notable points in the video:

On May 22, 2019, the 51st anniversary of the most recently lost sub, the USS Scorpion (SSN 589) and her crew of 99, a group of 90 people in eight watercrafts gathered as Eternal Reefs deployed the first six reef memorials in the On Eternal Patrol Memorial Reef. Many veterans, including those from the submarine service, and representatives from the office of Senator Joe Gruters were on board The Flying Fish. The Sarasota County marine sheriff patrol and County of Sarasota officials also participated.

Representatives dropped 65 tribute reefs, one for each sub, decorated with red, white and blue flowers and, as the small, cement tribute reefs sank to the bottom, the flowers made a beautiful floating mosaic in the ocean. With plenty of salutes, tears, respect and camaraderie, the hour-long ceremony included a site dedication and invocation by Rod Dimon (Chaplain American Legion Post 159) and remarks by William Andrea (founding member, USSVI).

Then, Eternal Reefs deployed the first six giant memorial reefs via crane to the ocean floor — the pinnacle reef; the USSVI reef; and memorials to the four boats lost after WWII: the USS Cochino (SS-345), USS Stickleback (SS-415), USS Thresher (SSN-593) and the USS Scorpion (SSN-589). A Tolling of the Boats ceremony followed, in which each of the 65 lost boats was announced, the ship’s bell sounded, and a tribute reef was dropped. Finally, all the boats circled the flower-laden reef site blowing horns and sirens to honor the ultimate sacrifice of those in The Silent Service honored at the site.

The memorial is located in the ocean nine miles off Sarasota’s Big Pass in 45-feet of water, GPS coordinates: 27 15.795N 82 45.505W. A video documents the day and includes topside, drone and underwater images of celebration, honor, respect and camaraderie among veterans and representative members of the public as they watch reef deployments and place tribute reefs.

With the help of the U.S. Coast Guard’s buoy tender Joshua Appleby and her crew, the remaining 61 reefs in the memorial were deployed on 13 August 2019, rendering the On Eternal Patrol Memorial Reef now complete. View a video of underwater, drone and topside footage from the very long day of USCG work; galleries of photos from the day at sea are posted on the Eternal Reefs Facebook page.

This accomplishment comes years in the making from Eternal Reefs executives and planners and nearly 18 months after the On Eternal Patrol Memorial Reef was officially dedicated in a major public ceremony at Sarasota’s Ken Thompson Park on 27 May 2018. The entire land side dedication ceremony is on Facebook and a short, summary YouTube video is posted of those festivities.

Find a complete list of the 65 boats On Eternal Patrol and the boats lost in non-sinking events at OnEternalPatrol.com.

Members of the media covered the May 22 deployment and posted news reports include Tampa’s NPR affiliate, WUSF-FM, Navy Times and Fox News and a host of Sarasota outlets including the Sarasota Herald-Tribune (which includes a great photo gallery), Fox 13 News, ABC Action News and Suncoast News Network.  Access the entire news release summarizing May 22, 2019, activities and a news release summarizing the May 27, 2018, landside dedication.

Despite threatening weather from subtropical storm Alberto, the On Eternal Patrol Memorial Reef dedication on May 27, 2018, was a wonderful event honoring the 65 lost American submarines and the 4,000+ officers and crew who remain On Eternal Patrol. We at Eternal Reefs, Reef Innovations and the Reef Ball Foundation sincerely appreciate everyone who attended this Memorial Day weekend event.

Full military honors were bestowed at the dedication with middle school student docents from Sarasota Military Academy Prep School presenting folded flags to retired submariners. Each reef features a bronze plaque noting the boat’s name, loss of life, the sub’s best-known location of loss and the state responsible for commemorating the sub, if applicable. Of the 65 submarines that never returned from duty, nine were lost prior to WWII, 52 submarines were lost during WWII, and four submarines were lost since the end of WWII. Two additional reef balls are in the project: one recognizing the United States Submarine Veterans, Inc. (USSVI) and, the pinnacle reef commemorating the entire project and those crews and boats lost in non-sinking accidents. No cremated remains are included in the 67 reef balls contained in the On Eternal Patrol Memorial Reef.
You can read a news release summarizing the event here and enjoy this highlights video, compiled by our photographer Brian Dombrowski.

Again, many thanks to all who participated, volunteered and attended to honor our heroes throughout our years-long planning. 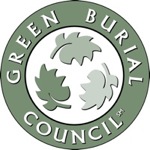